“INSIDE OUT” concludes presentation of Sidewalk Cinema at Main Street Square

Inside Out, the final contemporary video installation at Sidewalk Cinema, will be on view from October 25, 2017, to January 15, 2018, in two windows of the Sakowitz garage at 1111 Main Street. 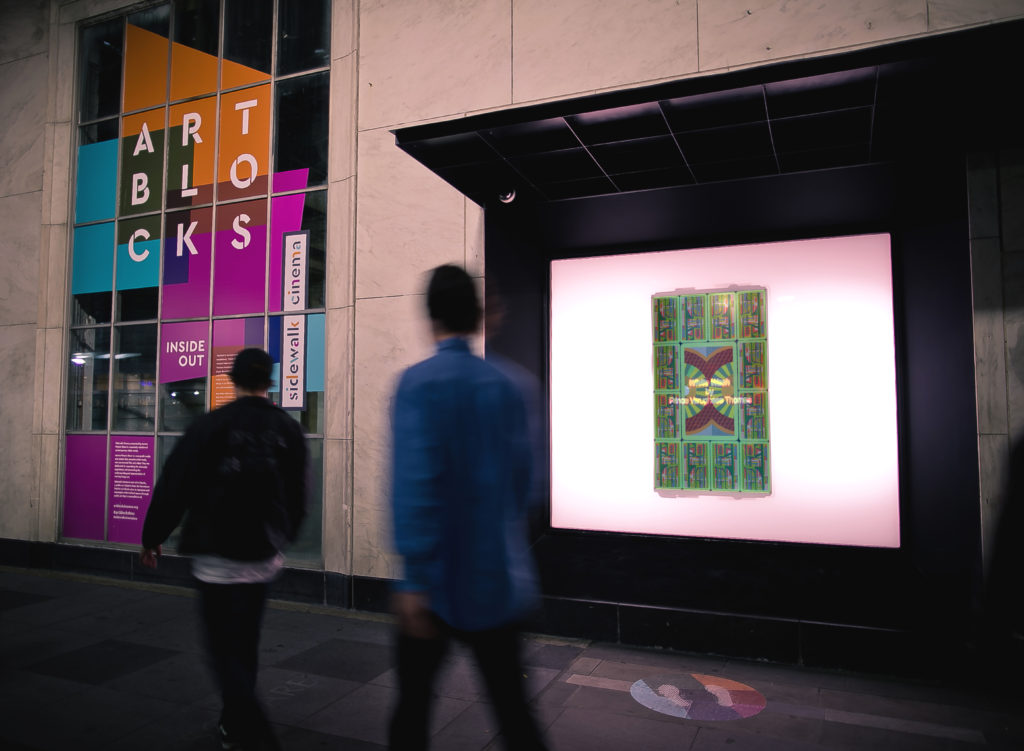 The installation is part of Art Blocks, a public art initiative the Downtown District launched in Feb. 2016 with an aim to repurpose and reenergize under realized spaces through public art that is accessible to all.

“Aurora Picture Show has been a fantastic partner for Sidewalk Cinema,” said Angie Bertinot, Marketing Director of the Downtown District. “From the start, they have curated eye-catching and thought-provoking videos that both delight and challenge passersby, and this final rotation is no exception.”

For Inside Out, the featured artists expand viewers’ perceptions by translating everyday objects and emotions into something new and unexpected. The 45-minute video reel features exclusively vertical works that play on alternating loops in windows facing Main Street and Dallas Street. 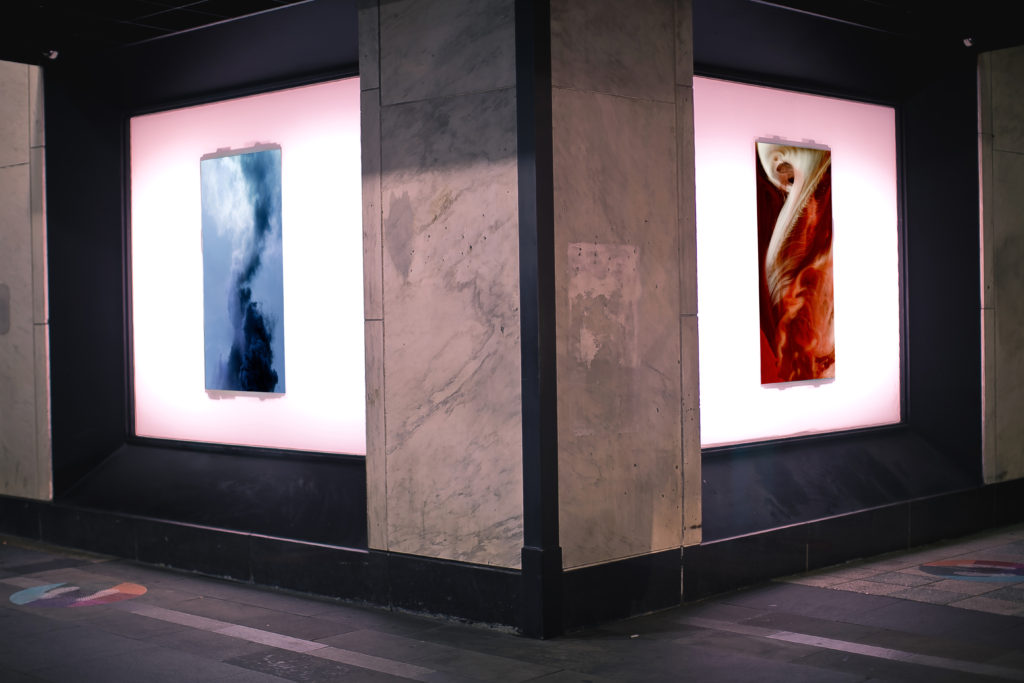 “I am really pleased with this final group of artists for Sidewalk Cinema,” said Mary Magsamen, curator for the Aurora Picture Show. “Their artworks investigate their ideas with abstraction and color turning the world we know into something new. They have insightfully interpreted and translated our perceptions into these beautiful and mesmerizing vertical videos where our worlds are turned ‘inside out.’”

For more information,  go to www.artblockshouston.org.