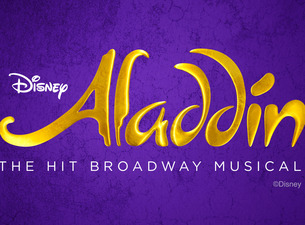 Broadway at the Hobby Center announced the lineup of shows for its 2018-2019 Season. Tony Award® winners, premieres, and all-time favorites make up the new season of nine productions, including two season options.

“I can’t wait to share this season with the audiences of Houston.  The phrase ‘something for everyone,’ can often be overused, but in this case it couldn’t be more true,” states Fran Macferran, President of the Hobby Center Foundation. “We are bringing everything from beloved audience favorite LES MISÉRABLES to acclaimed revival MISS SAIGON, a game-changing rock musical with RENT, new musicals ANASTASIA and WAITRESS with music by Sara Bareilles, another Disney sensation for young and old in ALADDIN, and a hilarious and award-winning play in THE PLAY THAT GOESWRONG.  And that’s not even the full list!  Seasons like this continue to raise the bar and we are thrilled to bring such first-class arts offerings to our great city.”

Back by popular demand, THE BOOK OF MORMON returns to Houston for a limited engagement as a season option.THE PHANTOM OF THE OPERA makes a triumphant two-week return.

Additionally, DEAR EVAN HANSEN, the six-time 2017 Tony Award®-winner for BEST MUSICAL, was announced as a sneak preview into the following 2019-2020 Season.  2018-2019 Subscribers will have first access to tickets when they renew their subscriptions for the 2019-2020 Season.

Cameron Mackintosh presents the new production of Alain Boublil and Claude-Michael Schonberg’s Tony Award®-winning musical phenomenon, LES MISÉRABLES, direct from an acclaimed two-and-a-half-year return to Broadway. Seen by more than 70 million people in 44 countries and in 22 languages around the globe, LES MISÉRABLES is still the world’s most popular musical, breaking box office records everywhere in its 32nd year.

Inspired by the beloved films, the romantic and adventure-filled new musical ANASTASIA is on a journey to Houston at last!

From the Tony Award®-winning creators of the Broadway classic Ragtime, this dazzling show transports us from the twilight of the Russian Empire to the euphoria of Paris in the 1920s, as a brave young woman sets out to discover the mystery of her past.

What would happen if Sherlock Holmes and Monty Python had an illegitimate Broadway baby? You’d get THE PLAY THAT GOES WRONG, Broadway and London’s award-winning smash comedy!  Called “A GUT-BUSTING HIT” (The New York Times) and “THE FUNNIEST PLAY BROADWAY HAS EVER SEEN” (HuffPost), the classic murder mystery is chock-full of mishaps and madcap mania delivering

Experience the acclaimed new production of the legendary musical MISS SAIGON, from the creators of Les Misérables. This new production features stunning spectacle and a sensational cast of 42 performing the soaring score featuring Broadway hits including “The Heat is On in Saigon,” “The Movie in My Mind.” and “Last Night of the World.”

From the producer of The Lion King comes the timeless story of ALADDIN, a thrilling new production filled with unforgettable beauty, magic, comedy and breathtaking spectacle.  It’s an extraordinary theatrical event where one lamp and three wishes make the possibilities infinite.

Hailed by USA Today as “Pure Genie-Us,” ALADDIN features all your favorite songs from the film as well as new music written by Tony Award® and Academy Award®-winner Alan Menken (Newsies) with lyrics penned by the legendary Howard Ashman (Beauty and the Beast), Tony Award®-winner Tim Rice (The Lion King, Aida), and book writer Chad Beguelin (The Wedding Singer).

In 1996, an original rock musical by a little-known composer opened on Broadway… and forever changed the landscape of American theatre. Two decades later, Jonathan Larson’s RENT continues to speak loudly and defiantly to audiences across generations and all over the world. And now, this Pulitzer Prize and Tony Award®-winning masterpiece returns to the stage in a vibrant 20th anniversary touring production.

Cameron Mackintosh’s spectacular production of Andrew Lloyd Webber’s THE PHANTOM OF THE OPERA makes a triumphant return to Houston as part of a North American Tour. Critics are raving that this breathtaking production is “bigger and better than ever before” and features a brilliant scenic design by Paul Brown, Tony Award®-winning original costume design by Maria Björnson, lighting design by Tony Award®-winner Paule Constable, choreography by Scott Ambler, and staging by director Laurence Connor.

It’s THE BOOK OF MORMON, the nine-time Tony Award®-winning BEST MUSICAL.  This outrageous musical comedy follows the misadventures of a mismatched pair of missionaries, sent halfway across the world to spread the Good Word. Now with standing room only productions in Australia, London, on Broadway, and across North America, THE BOOK OF MORMON has truly become an international sensation. Contains explicit language.

It was also announced that the winner of six 2017 Tony Awards®, including Best Musical, and the 2018 Grammy Award®-nominee DEAR EVAN HANSEN will play Houston as part of the Broadway at the Hobby Center 2019-2020 Season.

Called “one of the most remarkable shows in musical theater history” by the Washington Post, DEAR EVAN HANSEN is the deeply personal and profoundly contemporary musical about life and the way we live it. DEAR EVAN HANSENfeatures a book by Tony Award®-winner Steven Levenson, a score by Tony Award®, Grammy® and Academy Award®-winning composers Benj Pasek & Justin Paul (La La Land, The Greatest Showman), and direction by four-time Tony Award®-nominee Michael Greif (Rent, Next to Normal).

Subscribers for the 2018-2019 Season will have first access to reserve their seats for DEAR EVAN HANSEN when they renew their subscription for the 2019-2020 Season. The dates and performance schedule will be announced at a later date.

At this time, 2018-2019 Season Packages are only available to current, renewing Subscribers.  New patrons are encouraged to sign up for the official waiting list at BroadwayAtTheHobbyCenter.com, and will be notified once new subscriptions become available.

·       Online at BroadwayAtTheHobbyCenter.com 24 hours a day

In addition, Season Subscribers can take advantage of special offers plus membership and privileges to Broadway Across America, a national network of over 40 North American cities where Broadway is presented.

GROUPS AND INDIVIDUAL TICKETS: Individual ticket on-sale dates will be announced throughout the year. For more information about groups of 10 or more, http://Houston.broadway.com/groups, call (888) 451-5986 or e-mailhouston.groups@broadwayacrossamerica.com.