HGO Opera to Go! Presents Free World Premiere of Monkey & Francine in the City of Tigers

Monkey & Francine in the City of Tigers, with music by rising composer Kamala Sankaram and libretto by David Johnston, will be held February 2 and 3, 9:30 and 11 a.m. both days, at Heinen Theater at 3517 Austin Street at Houston Community College. 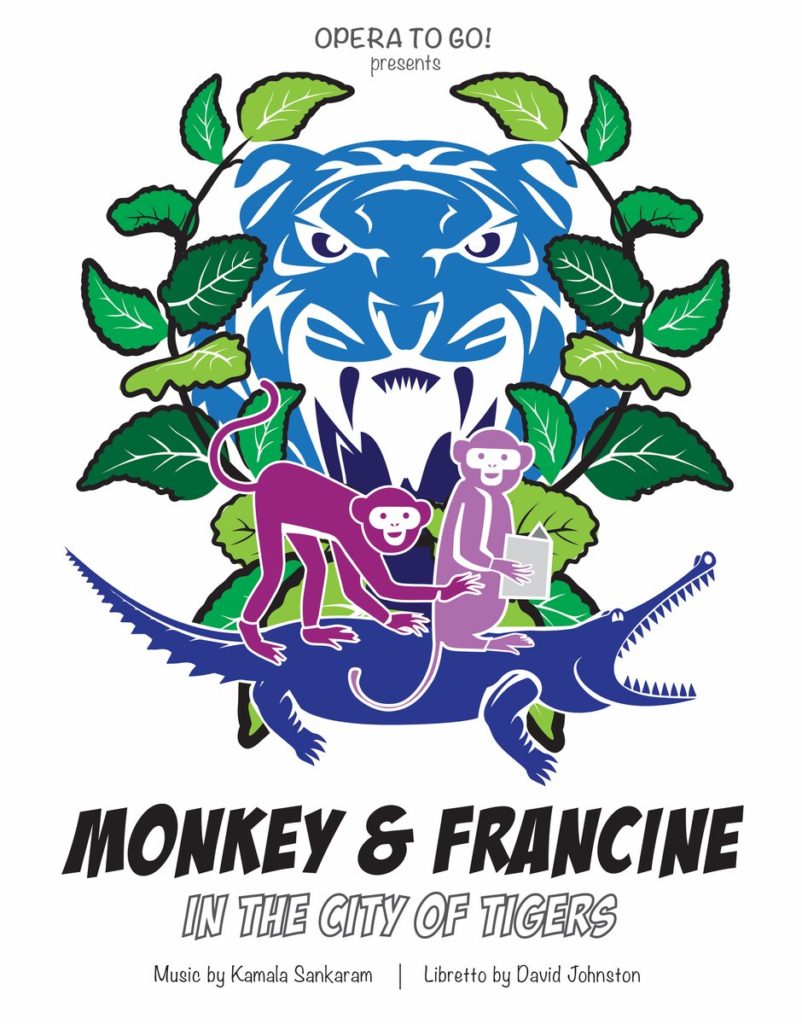 The 45-minute family opera is inspired by Indian and Chinese mythology and includes music influenced by Bollywood. A hilarious fable, Monkey & Francine in the City of Tigers demonstrates the power of teamwork as a monkey prince and his brainy sister outwit a hungry crocodile and escape from the City of Tigers.

The opera is a co-commission of HGO’s HGOco arm with American Lyric Theater, which presented a partially staged performance in New York City earlier in January. Seen and Heard International noted, “the libretto was sophisticated and fresh, while the music was witty and eclectic. You tapped your toes and found yourself singing along.”

“Though we envisioned this opera for children, the whole family will love it,” says Carleen Graham, director of HGOco. “Kamala and David have created a new classic for 21st-century families.”

In addition to the free public performances, an Opera to Go! tour of the opera is scheduled from January 29 through May 18, 2018. Dates are still available.

Opera to Go! presents fully staged, high-energy operas in schools, libraries, and community centers in the Greater Houston area. Performances, sung in English, are approximately 45 minutes long and are designed for today’s young audiences. They are recommended for grades two through eight but often appeal to adults as well. Teachers receive a study guide in advance to help students gain context about the operas.

For questions and information about booking an Opera to Go! performance, please call 713-546-0231 or email OperaToGo@hgo.org  For financial assistance, schools or nonprofits should contact Anina Moore at the Texas Commission on the Arts at 512-936-6573.