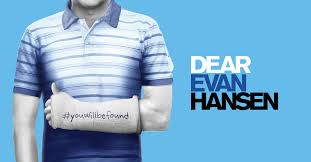 Dear Evan Hansen is the story of anxiety-ridden high school Evan Hansen as he realizes how one lie change an entire life. Evan’s life collides with his classmates’ as a therapy exercise goes horribly wrong. The story features friendship and forgiveness to help figure things out.

With six Tony awards already snatched, Dear Evan Hansen has been subject to rave reviews all around.

The play has been called “one of the most remarkable shows in musical theater history.” Along with Tony Awards, this play has managed to sweep awards for Outstanding Musical Production, Obie Awards and Broadway.com Audience Choice Awards.

In order for all Houstonians to enjoy this show, a digital lottery for $25 tickets has been announced. Fans who win can buy up to two $25 tickets each. The lottery will continue for the duration of the show on a rolling basis. Fans are encouraged to follow @dearevanhansen for extra news about the lottery.

For additional information on the seat lottery visit www.luckyseat.com/dearevanhansen.

More information about the show can be found at dearevanhansen.com. Tickets can be bought at BroadwayAtTheHobbyCenter.com, Ticketmaster.com, or TheHobbyCenter.org.