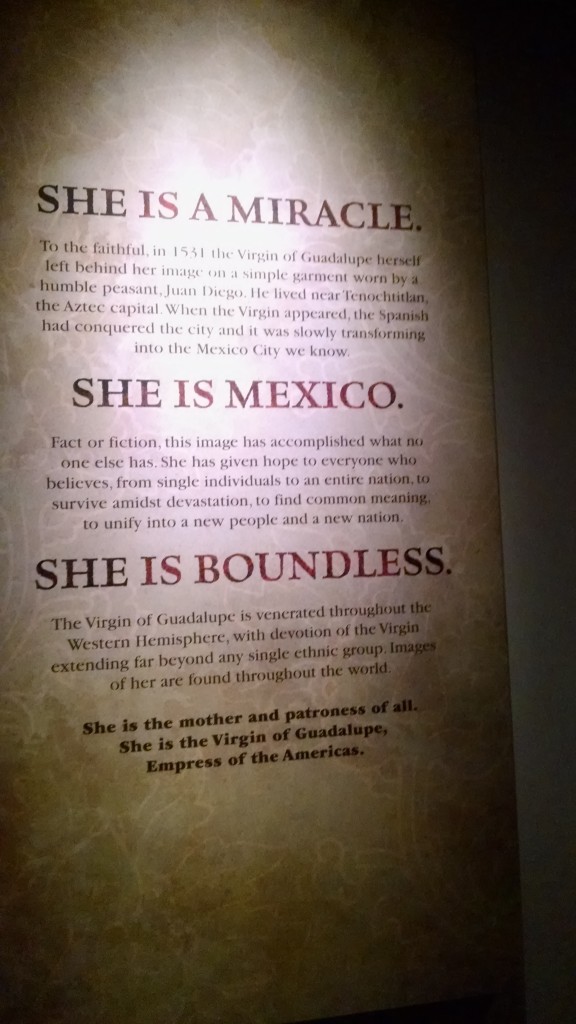 The exceptional impact of the Virgin of Guadalupe on the Americas has been evident in history as a symbol of hope, protection and comfort for almost 500 years.

Learning the story behind the history is traced back to its origins in an exhibit at the Houston Museum of Natural Science in collaboration with The Basilica de Guadalupe, La Virgen De Guadalupe: Empress of the Americas.

For some, the Virgen’s appearance is the absolute, incontrovertible truth and a matter of faith. For others, her iconography is a powerful rallying point for a common cultural identity. There is also an epic tale representing the apocalyptic clash of two worlds and the resulting germination and flourishing of a new civilization, like the rebirth of a forest after its cataclysmic destruction.

“Regardless of your personal take on this story, we invite visitors to the exhibition to consider the history and reality surrounding the apparition of The Virgin of Guadalupe,” said Dr. Dirk Van Tuerenhout, Curator of Anthropology at HMNS. “She is in both image and name the patroness of hundreds of millions of people who call her their mother, who call her their queen. She is The Virgin of Guadalupe, the Empress of the Americas.” 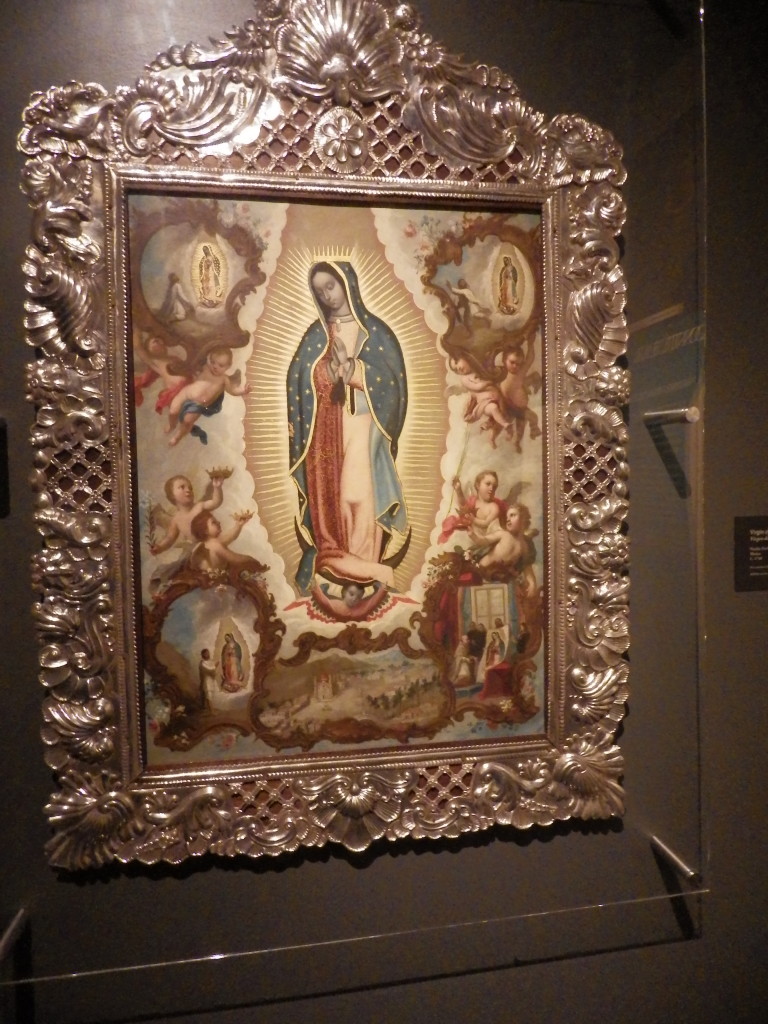 The exhibition begins in 8th-century Spain and ends in the Americas of the 21st-century. In between is a long, complex and fascinating story of deep faith, conquest and conversion, and the development of contemporary expressions of devotion to the Virgin.

The story starts in the Iberian Peninsula, at a time when Muslim forces have overrun most of the territory. Over the next eight centuries, Catholic kings ruling the northern edges of the Peninsula fight to reconquer these lost lands. During this epic struggle, in the early 14th century, a new empire rises in Central Mexico that of the Mexica, better known as the Aztecs. In 1519, when conquistadors invade the New World, these two cultures meet and are forever changed.
According to deeply held beliefs, during the later years of Aztec history, a humble individual by the name of Juan Diego was born. In the year 1531, the Virgin of Guadalupe revealed herself to him. This meeting, and the subsequent decision to build a chapel on the spot where this event occurred, had far-ranging effects on the history of this part of the world.

Over the next three centuries, the Virgin of Guadalupe grew ever more popular, gaining numbers of adherents as well as influence. At the dawn of the modern age, with independence looming on the horizon for many Latin American countries, the Virgin’s role transcended that of pure religion and extended into the political realm. The exhibition closes with a display of contemporary devotions to the Virgin and the story of the canonization of Juan Diego by Pope John Paul II. 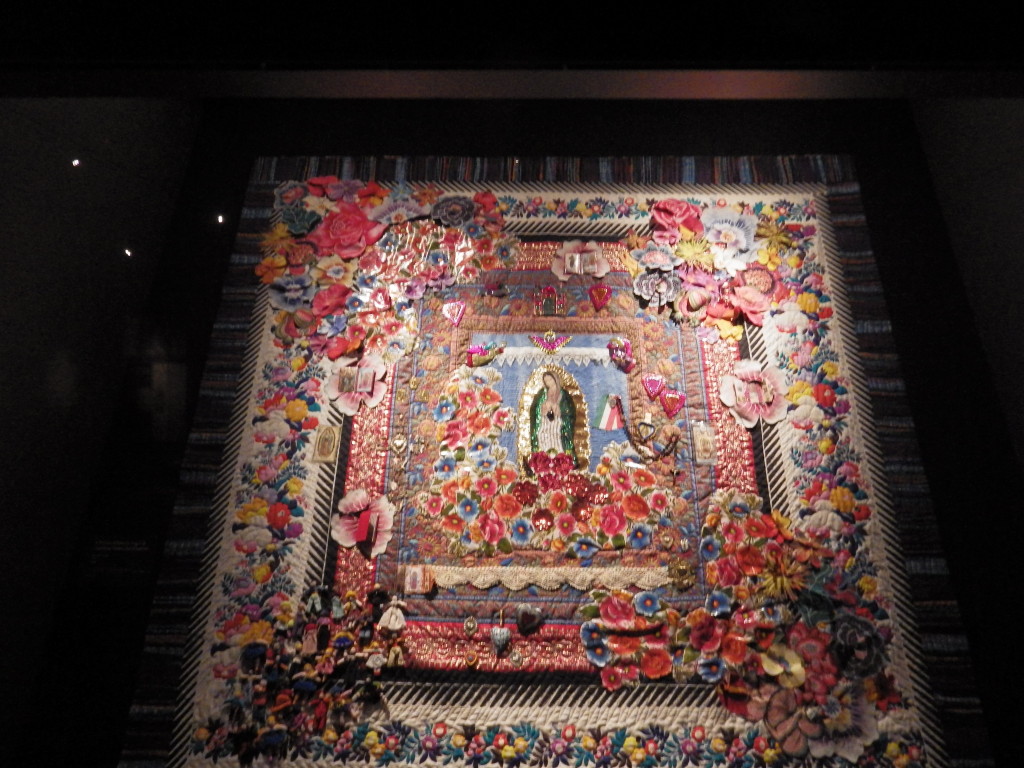