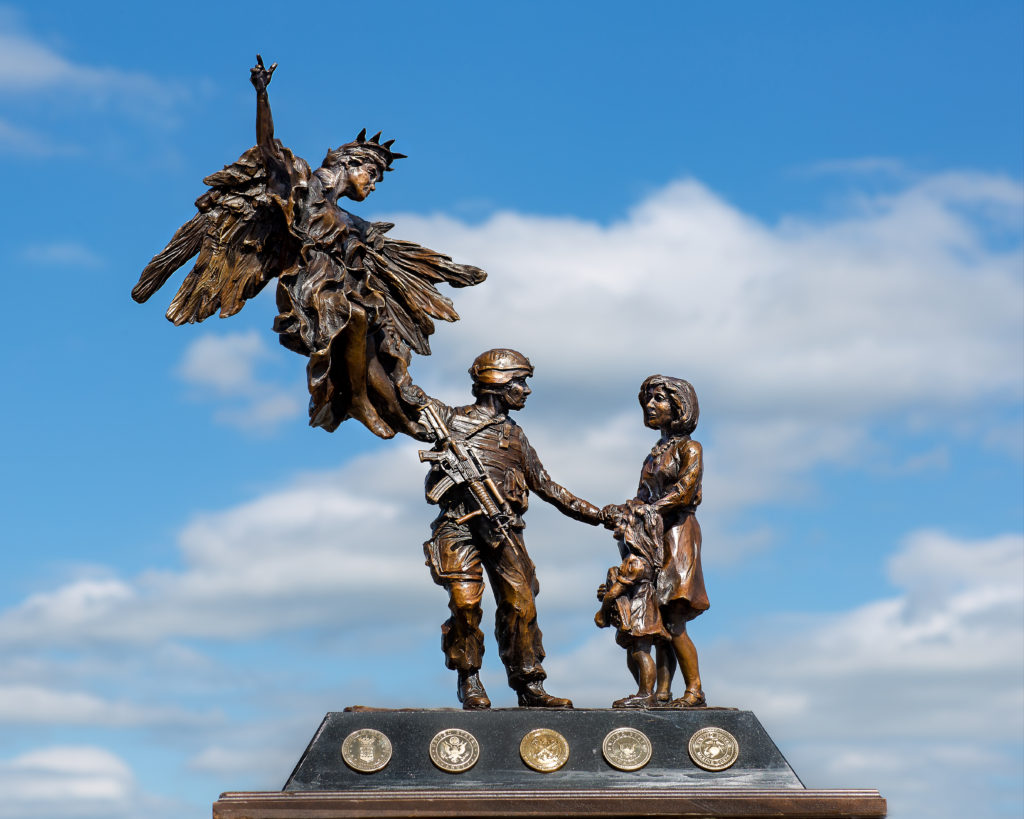 Houston Automobile Dealerships Association contributed $125,000 to support the “Price of Liberty”  Monument that will be placed at the Texas Capitol to honor the Veterans and their Families that have served since 9/11/2001.

The monument is fully funded and under construction now, thanks to the generous donations of HADA and greater Houston car dealers Gullo Toyota, Gullo Ford, Gullo Mazda, John Eagle Honda and Gillman Acura.

An additional goal of the Texas War Memorial, in addition to building “The Price of Liberty” Memorial at the Texas Capitol, is to capture the faces of service members, families and the stories of the Veterans and the families that served in the Global War on Terror and Overseas Contingency Operations.  Their intent is to archive the photographs, videos and stories online as a “Living Memorial” of Texans affected by the war after September 11, 2001.

Submissions are welcome: If you served in The Global War on Terror or were a family member of a deployed service member, please consider contributing to the “Living Memorial.”  Submissions by anyone, including Veterans, family members and friends, and civilians (contractors, media, etc.) who served (or know about someone’s service or story) after September 11, 2001 are welcome.

Additional details on the Texas War Memorial and to add your story, go to http://texaswarmemorial.com/instructions.

For more information on the Houston Auto Show, which will be held at the NRG Center from April 5-9th, go to www.houstonautoshow.com.

About the Houston Auto Show: The 34th Houston Auto Show is the largest auto show of the south, and the only place where you can see, hear, touch, and even drive, the most heart-racing cars and trucks from more than 30 of the world’s top automakers. 2017 has more in store than ever before, honoring veterans, welcoming families and heart pumping live music, alongside the industry’s best in automotive greatness. AND, just across the parking lot, Mecum Auto Auctions will help turn NRG Park into a full on auto-extravaganza.