Innovative production of Phantom of the Opera comes to Hobby Center 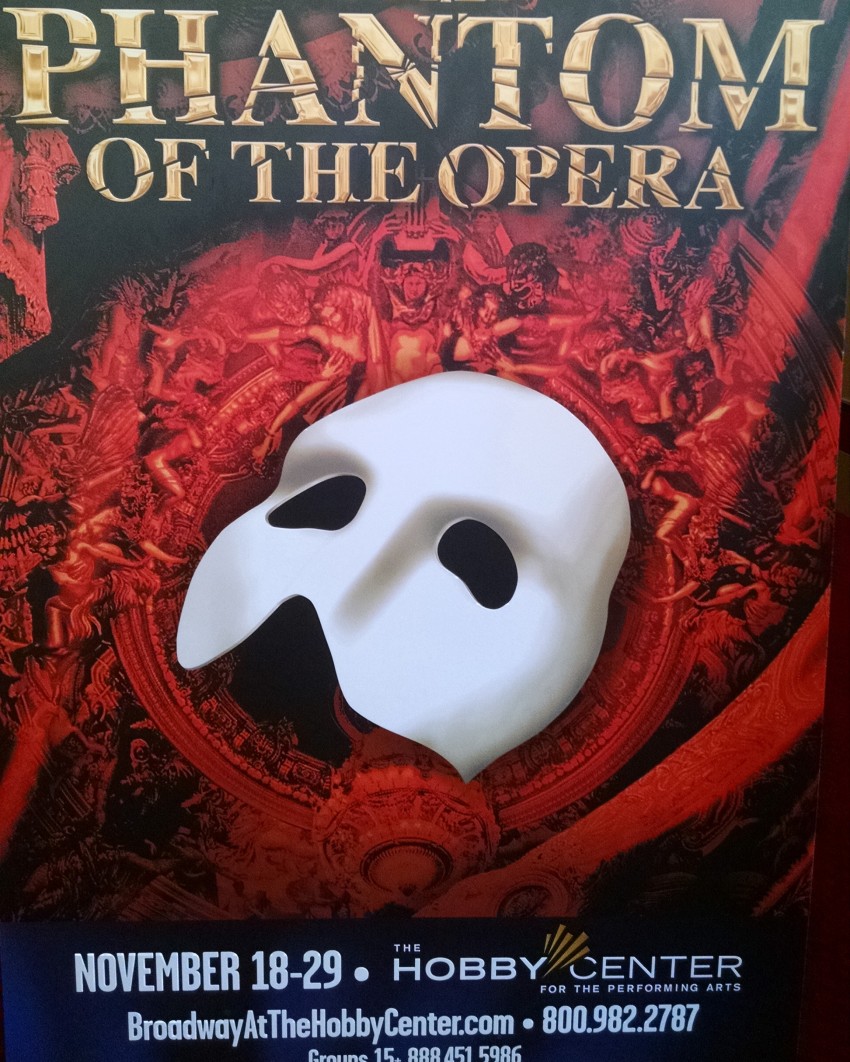 Spectacular, iconic and emotion-filled are just a few words that come to mind at the mention of Andrew Lloyd Webber’s The Phantom of the Opera, and that’s exactly what audiences are in for when they come to see Broadway’s production at the Hobby Center. 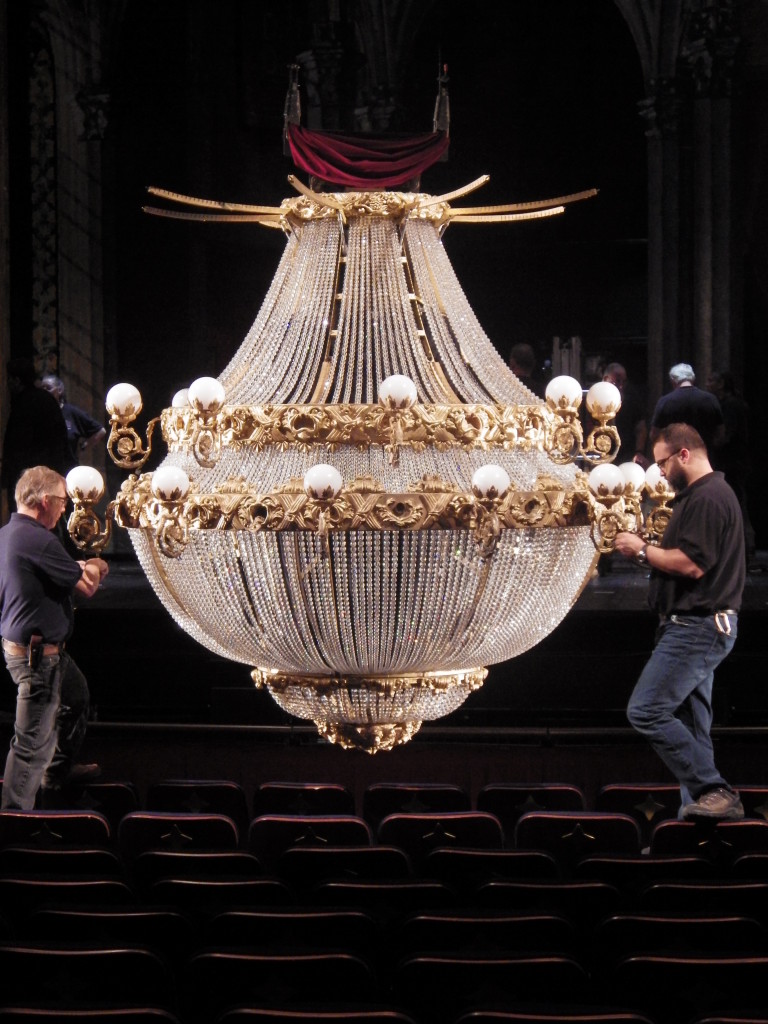 This North American Tour of Phantom of the Opera, set to take the stage from November 20-29 in Houston, showcases Cameron Mackintosh’s newly redesigned staging and engaging set design. This innovative production has a cast and orchestra of 52 making it one of the largest productions on tour in North America.

No aspect of the production is taken lightly. The set, which includes the memorable chandelier, not only is encased in a total of 16 trucks but also takes 40 hours to set up according to Stage Manager, Jovon Shuck.  Intricate, gorgeous costumes, custom-made for leading characters, are meticulously detailed to the smallest feature.

With incredible set design by Paul Brown, new staging by Laurence Conner, costumes by Maria Björnson and new choreography by Scott Ambler, the show is sure to impress with its darker approach. The production is overseen by Matthew Bourne and Mackintosh. 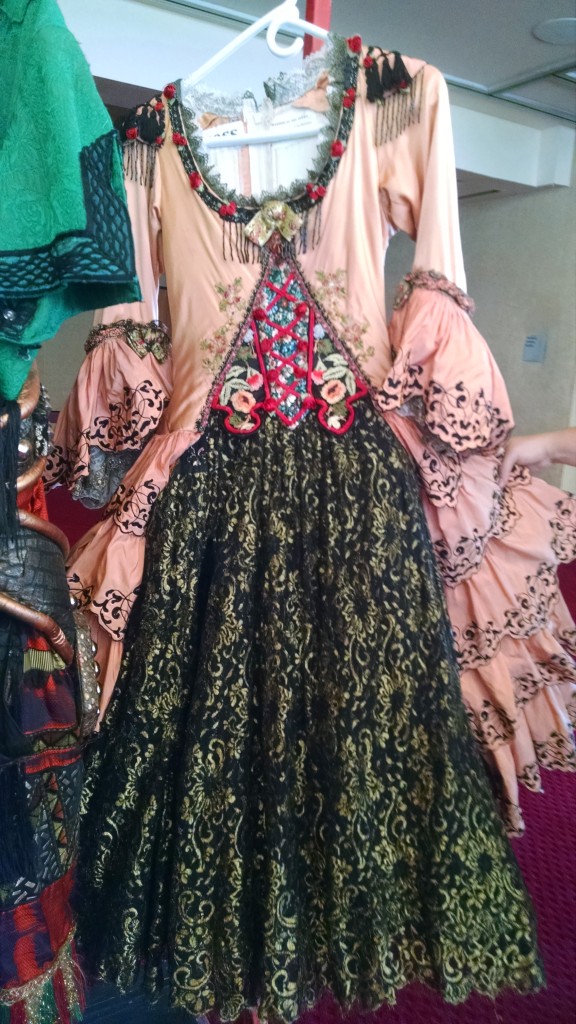 “With Phantom still the reigning champion as the longest-running production on Broadway after 27 phenomenal years, with no end in sight, I’m delighted that this spectacular new production of Phantom has been as well-received in the U.S. as the brilliant original,” said Mackinosh.

Kasey RT Graham, Phantom of the Opera Resident Director, explained how the stage is now set for a more cinematic effect with its very clever design.

“There’s never a blackout,” said Graham. “Stage technology has come so far. We keep the story moving in the scene. It’s a living, breathing piece. We’re trying to make the best show possible. The audience so far has been really moved.”

Based on the classic novel, Le Fantôme de L’Opéra by Gaston Leroux, The Phantom of the Opera tells the story of a masked figure who lurks beneath the catacombs of the Paris Opera House while exercising a reign of terror over all who inhabit it. After falling madly in love with the young soprano, Christine, he becomes devoted to creating her into a new star by nurturing her extraordinary talents all while employing all of the devious methods at his command.

Chris Mann, who plays the lead as the Phantom, is thrilled to be part of this show that he describes as “explosive.” Mann, a former participant and finalist on the show, The Voice, brings years of experience to the stage as he grew up performing.

His debut album, Roads, hit #1 on Billboard’s Heatseekers Chart and he starred in his own PBS television special: A Mann For All Seasons. Mann has performed with the National Symphony for President Obama, at Christmas in Rockefeller Center and headlined his own symphony tour across the country. He has also performed on Ellen, The Today Show, Conan, The Tonight Show with Jay Leno, Christmas in Washington and was an original member of the Dalton Academy Warblers on Glee. 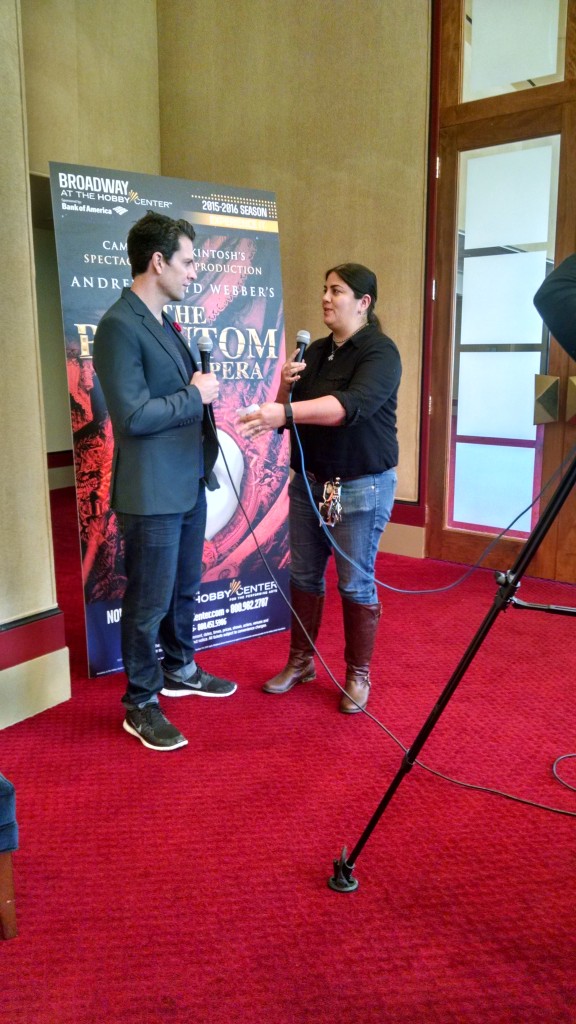 He said his role as the Phantom is about delivering an exceptional performance.  “Laurence Conner provided the back story on what it’s like to be the Phantom for the new tour. I’m really excited to be here and part of this special production. It’s a big show,” he said.

Tickets are available at http://houston.broadway.com/shows/phantom-opera-baa.